Now the computer is stuck in front of you 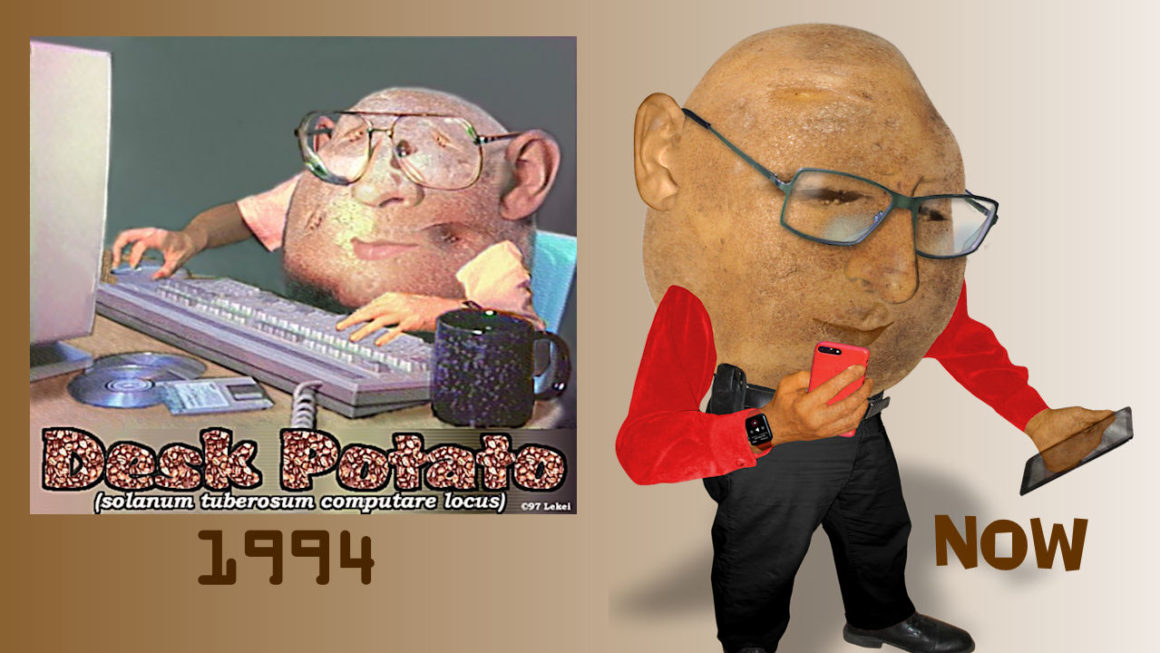 Way back in 1992 I coined the term “Desk Potato” while designing a satellite receiver that displayed satellite TV in a window on a PC. After the Mosaic web browser was released in 1993, I started a site called  The Desk Potato home page talking about the shift to the desk from the couch.

The eighties had the “Couch Potato” (solanum tuberosum video locus), then as we came into the last decade of twentieth century, modern computer technology created a new improved version… The “Desk Potato”! (solanum tuberosum computare locus).

While those of us with our Palm M100s and Treo 600s and Fossil Wrist PDAs were already there at the turn of the century, the world changed in 2007 when Steve Jobs stood on stage and presented a new way.

By 2011, spending all of your time at a computer no longer meant being stuck at your desk.  Now all that you need is a piece of tech and the computer is with you wherever you go. Smartphones, tablets, smartwatches, and other mobile, wearable, embedded and ubiquitous technology is so common it is the new normal.

Now you see them everywhere, oblivious to their surroundings, engrossed in the tech in their hand, on their wrists, or in their pocket. The 21st century variant is no longer tied to a single location.

The potato is now mobile, stuck to the tech wherever that may be. 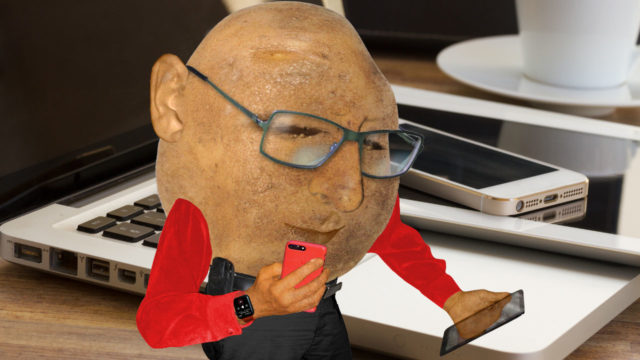